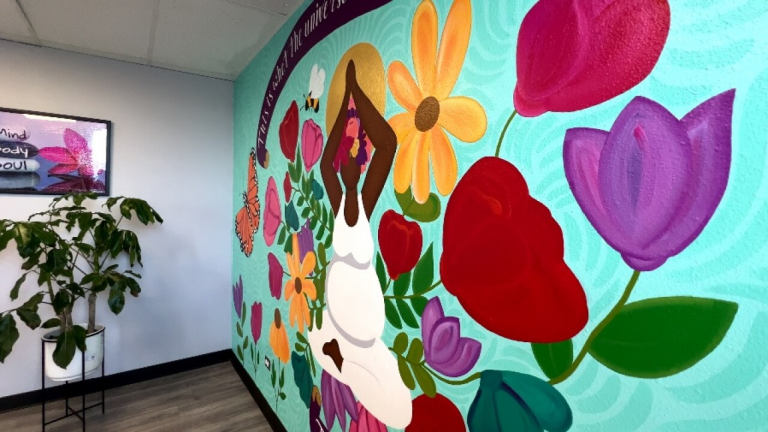 AURORA, Colo. — A federal report shows that there’s been a slight uptick of women dying in childbirth in recent years in the U.S.

The numbers are shockingly high in one community: Black women are dying in childbirth at a rate three times the rate of white women.

That’s why an Aurora woman says she’s trying to save lives.

“I know that we are not heard as Black women,” said Birdie, who is the owner of Mama Bird Maternity Wellness Spa.

Her new business brings together multiple services to help women of color throughout their pregnancies.

That includes yoga, counseling and the help of doulas — labor assistants who give physical emotional support to pregnant women.

“I know that they don’t listen when we are in labor,” Birdie said. “I’ve been in hospitals and I’ve been with moms at appointments where they’re just brushed off. It’s like our voices aren’t heard, and the main goal of this is for Black women to be seen and be heard.”

Research shows that medical bias doesn’t start in the maternity ward. In one study, half of white medical students said they believed that myth that Black patients feel less pain than others.

The spa, which officially opens April 1, was birthed from a painful experience Birdie had at the age of 17.

“I was 22 weeks pregnant. I was left in labor to basically bleed out and die in a waiting room and nobody cared to come over,” she said. “I didn’t have a support system, no providers, nobody knew what was going on and I didn’t realize the trauma I sustained at such a young age, and that really opened my eyes. Like, nobody’s listening to me.”

Her goal is to provide a listening ear and people to support mothers through the birthing process.

“I’ve found that that support and making mom feel empowered and happy about her decisions ultimately creates a better birth outcome, because if mom’s not stressed, baby’s not stressed,” said Jahala Walker, who works for Mama Bird as a doula.

Valisa Freeman is due any minute. She’s one of the mothers who Walker is helping.

“I learned a lot from my doula,” Freeman said. “I just feel calm and I feel happy and more confident.”

Birdie says she knew there weren’t enough supportive spaces for women of color preparing to give birth.